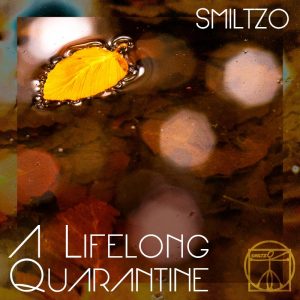 A collection of electronic paintings, suffused, decisive and revealing, an opening of the veil that imprisons us. Exciting and never obvious, it ranges from the ambient to the purest electronic music, conceived by a superior musical mind. Longlife Quarantine is good beyond this period we are experiencing, and will give you lots of emotions.

The titles are in Sanskrit. the most perfect and musical language we have, and this work is connected with the whole just like the oldest language.

Smilzo (aka Francesco Monaci) was born as a guitarist, but develops around the age of 20 his passion for the enormous compositional possibilities that software and electronic music in general provide. For about twenty years he has been part of the electronic pop songwriting band Liberal Carme (initially only as a guitarist, now also a singer), which has three assets, and in which they have collaborated with exponents of Italian indie music such as Paolo Benvegnù, Alessandro Fiori (Mariposa) and Massimo Fantoni (Marco Parente, Andrea Chimenti).

Since 2000 he has collaborated on soundtracks for Lorenzo Pecchioni’s Video & Archeos project, and produces music for other exponents of the Italian underground video scene.

As an electronic music composer he does not rely on a defined genre, but ranges from suggestions ranging from Apex Twin to Andrew Lloyd Webber, going from World Music to the noise of Einsturzende Neubauten, considering electronics only the means of expression that in the new millennium he exponentially expanded the compositional possibilities once reserved for symphonic music.