Posted at 10:14h in Releases by admin 0 Comments

Billy has born in a small town in the wild Uruguay. At a young age shows interest in the arts and It is increasingly interested in music. Gets a guitar at age 16 and began playing and learning songs. He listen and absorbs everything he can, at that moment gets to his hands the album ” 20 blues classics ” of Muddy Waters, his life would never be the same.
After trying to form a good band, he grew frustrated with the difficulty of finding the right people to rehearse. Determined, sells his electric guitar and amplifier and changes it to an acoustic guitar, from there he begins to play alone.
He hear all kinds of recordings of the early twentieth century, took refuge in those stories that teach him to live.He gets into the folk singer style and country blues style playing traditional material . Learn fingerpicking and slide guitar by listening the old masters.

At the age of 18 years leaves home and walks to the road. Hitchhiking arrives at Sao Paulo Brazil with his guitar in hand and hoping to find a better place for music. After living like a bum few months and doing some street music to live, he continues his way and leaves the city, and the country .
He arrived in Buenos Aires Argentina in mid-2012 , he settled for about 2 ½ years. After living where he could, he decided to do it all himself and form a One Man Band in late 2013 . He is preparing a tour in europe for this 2015 . 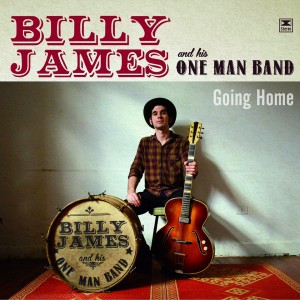